Leave it to America’s smallest state to take such a huge lead to end injustice .. 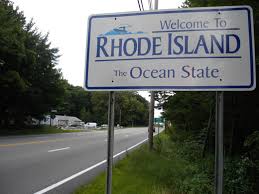 Being a leader in anything always require guts, something Rhode Island has never fallen short of having.

Rhode Island although may appear small they seem to always come big.  Founded in 1636, they were the first state based on principles that advocated  “freedom of religion,” and “separation of church from state”..

Led by “power to the people”  freedom fighter, Roger Williams,  Rhode Island was the first to take a stand to abolish slavery and the first to declare its  independence from Britain.

And as of yesterday, the first state to pass a resolution that supports NKR efforts to be free, affirming Rhode Island making history once again.

Holding steady to Rhode Island’s tradition of dissent and independence, -” RI is the first US state to recognize the freedom of NKR.

It is rather refreshing listening to non Armenians making speeches supporting NKR being that NKR is basically made up of ethnic Armenians  it is far and in between you’ll find someone other than an Armenian going to  bat for her.  Even though it has been over 20 years the people there declared their independence on December 10, 1991 after a long, bloody battle to gain their freedom, still many people remain oblivious to those facts.

A very good reason why Rhode Island legislators efforts should be commended, by exposing the president’s and the congress’  “slacking” on the recognition of NKR it brings an injustice that much closer to getting justice..

It is also well worth pointing out Rhode Island Armenians victory yesterday was far from being their first for them, only last year Rhode Island passed a Genocide education bill – making it mandatory that lessons on the Armenian genocide, Holocaust, Darfur, and Rwanda be taught in all public school curriculum’s. The bill also included state funding for the genocide, educational materials and resources for teachers.  That has to be one of the hugest victories for awareness there is..

And already less than 24 hours later, and over 4 thousand miles away, Baku, Azerbaijan’s most uncivilized, trashy, biased paper, “Trend”  has  got wind of  Rhode Island’s house of Representatives passing a recognition of NKR  resolution, and had this to say; “Through the efforts of the diplomatic mission of Azerbaijan in the U.S. and Azerbaijani community of this country, attempts of the Armenians to achieve recognition by legislature of the state of Rhode Island of the so-called “Nagorno-Karabakh Republic” will be prevented, Azerbaijani Foreign Ministry spokesman Elman Abdullayev told reporters on Friday.”

“The U.S. government at various levels has repeatedly stated it supports the territorial integrity of Azerbaijan. Attempts to achieve recognition by the legislature of Rhode Island are only attempts of Armenians themselves, who thus try to deceive the U.S. public,” Abdullayev said.”

Which basically amounts to saying nothing at all if you ask me..

It is just wrong that “trend” used the word “deceive” but not in a confession. No one has been more deceived than the readers of the misleading, no facts, distort happy online rag .  Only country I know to let uneducated people speak on their behalf.  Like  how unprofessional is writing “so called”  right before every fact you refuse to acknowledge?

It is similar to how a child closes their eyes to make what they fear disappear, but still it is still there when they open their eyes..

Like as if the  U.S. government on any  level could ever support the territorial integrity of AZ if it would mean stripping a people of their right to be free.  They can close their eyes all they want, but every time they open them they will never find  USA supporting their position.

It is the perseverance of countries like the USA, France, Russia, and India  ensuring NKR ‘s right to self-determination not be interfered, impaired, or infringed upon by Azerbaijan or Turkey and the Armenia forces help in  protecting their borders that Nagorno-Karabakh Republic remain independent.

So unless America is overtaken by a psychotic band of Islamic revolutionists, the only countries that will continue to openly support one of the world’s  most corrupt, oppressive, and undemocratic regimes like Azerbaijan’s, are countries like  Pakistan, and Turkey, who find very little, if any humiliation in the  unethical, and undemocratic principles their support is based on.    And besides what are the chances the Azerbaijan minister’s spokespeople can actually define “territorial integrity”  let alone determine if they have any?