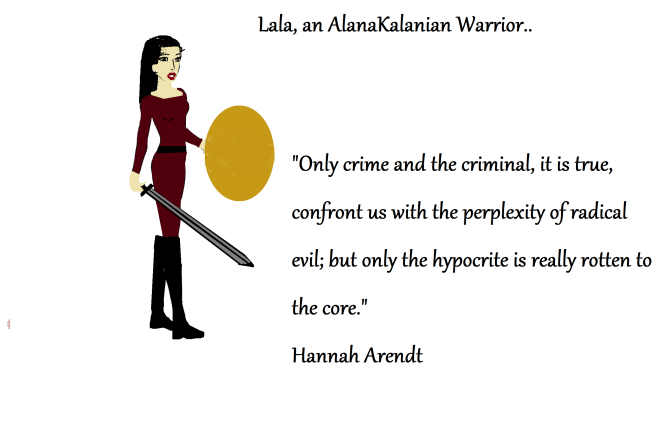 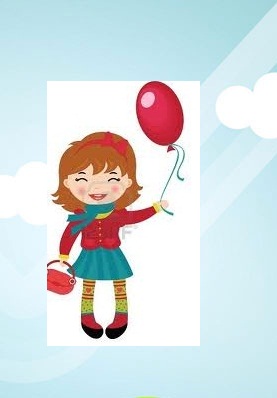 Nah, actually no harm came to the little Turkish girl nor her balloon during the making of this post..

Anyone not knowing who was in the Syrian sky last Friday, never would have suspected it was a “fighter jet” possible enemy, assumed  fully packing, and in direct violation of their airspace that NATO was condemning for having shot down, a child yes, a puppy for sure,  a grandmother most defiantly, but a Turkish fighter plane, no way Jose..

“We consider this act to be unacceptable and condemn it in the strongest terms,” said NATO chief Anders Fogh Rasmussen,

Well Turkish PM, Tayyip  is likely feeling awfully pleased with his smug little self, luring NATO, the biggest fish in the pond into what looks more and more everyday like a Turkish/Syrian conflict to me and now even more so now that NATO has clarified it by taking a side.

Although of course for Turkey this surely isn’t enough – “Turkey reserves its right to an official apology and compensation.  well that just figures don’t it?!..

Why isn’t most people asking why Turkey isn’t the one apologizing for violating Syria’s airspace? Perhaps people feel condemning Turkey instead of Syria, will seem as if they are indirectly defending Assad.  The kind of reasoning where it is only on ones shear emotion and process of elimination, which I am sure is exactly what the Turkish PM was banking on.  Oh yeah, he’ll take pity support, he may even scrape off the bottom of a barrel just to get it too, remember he is “AK’S” first pick for worlds most shameful person ..

Turkish government is no older than 5 years old, really, demanding apologies, taking tantrums for every apology not gotten, so  totally not tolerable, in a world called perfect where the world’s leaders have the ping pongs to throw Tayyip out with the rest of the trash, but we live in a world called lately “eager to look stupid” where the world’s leaders instead defend Tayyip, and condemn the mutated actions spawned out from his provocations..    If one must ski, why not ski on  the “little smarter and far less ambiguous” trail, that NATO I betcha is wishing it had taken.. Well NATO, like brilliant Tayyip did, just write a note to Syria’s air force that says:

” Turkey’s jet fighters reserve the right as well to bomb the hell out of your country, an any resistance on your part will be futile” .

Not as impressive as standing up to Turkey would be, but it is what it is…. No side of any violent, and bloody conflict can possibly be legit 24 hours a day, but when there is clearly no difference in the way Erdogan would sell crack on the street and how he sells his words when he is Turkey’s PM that would be 24 hours of straight up not legit..

Since when is threatening a country’s security not considered a bad thing when Turkey is the one doing the threatening?  Cold hard fact – It is always bad, as well as threatening.  If Turkish jets carrying enough nuke power to take out 1/3 of a country in one drive flew into say a country’s airspace  like Armenia, it would be a no questions asked, a be killed or kill situation, and I really at that point would like to see NATO try to condemn Armenia for shooting Turkey’s jets down. Why would Syria be expected to feel any less threatened by Turkey ?

Turkey may easily be guilty of some foul play of her own here, even though they’d like the world to believe that Turkish jet fighter planes wandering in another countries air space are absolutely harmless.. Not many would call trying to sneak your plane into another country, a thought spun by the principles of “fair play”.  In the same way there was no “fair play” found in the Flotilla’s ship filled with peace/fighter, Turkish activists aboard with one cause violating  Gaza‘s blockade..  Yeah Turkey, about as harmless as the Turkish PM’s  capabilities for inciting provocation are..   Under Erdogan’s authority the ship refused to comply with the Israeli commandos requests to find them self, clearly a very far from harmless provocation I’d say..

Unfortunately, the one most guilty for the tragic, and final act aboard that ship was never blamed meaning others took more blame than they should. The reason for this IMO, is the world’s spin is to often in some parts sadly spun from pure bias,  and instead of a clear, rational, and similar opinions, there are 6 zillion different ones.  None of which though blamed PM Erdogan for at least being 50% responsible for the 9 deaths and the commando who ended up paralyzed from the neck down from the injures sustained during the violent confrontation with the Turkish activists, that I have no difficulty blaming him for.

I would also go as far to blame the Turkish PM as well for the fate of Turkish pilot(s) who was  shot down by Syrian forces..

Now, the Turkish PM is launching rockets from his border into Syria piously I might add, without having secured  coordinates of the military locations to target how many innocent people were killed already or the hundreds that he will surely kill that he won’t ever apologize for.   Not even saying that his loyal al qaeda like team insurgents he penetrated the Syrian borders wi has not  eagerly offered him already the exact coordinates of all Syria’s hospitals and orphanages to blow up.

The lack of concern for the rest of the Syrian population who did sign up for the revolution by all these gung – ho to condemn Syria, NATO countries have has been so clear, that the 1 year of dodging the violence has come so far it is no longer safe for them, forced by having no other choice,  they must in haste leave the violence happening in their country,and all their property behind.  In losing everything, clearly their well-being was not included in the best interests of the Syrian people when Turkey was arming the rebels, or sending insurgents whose act like terrorists, or shooting rockets into mainly all the non Sunni populated cities.  How many anti/Syria countries emphasized their concern ever for the non/Sunni Syrians?  Not as many as probably one would have liked to believe, in fact only as many it didn’t take to see it not get to a level of “out of control”..

” Maybe some Syrians just don’t see the good in freeing Syria from one oppressor just to hand it over to another,  possibly an even worse oppressor..  An important factor that has been the least speculated..”

Although I am the first to admit I could not even begin to know, for I couldn’t more farther away from the “truth” Syrians live out everyday. What little I do know about their hardships, and plights, I read about through Armenian news sources ..

Oddly, no, but obviously, yes, Turkey’s PM clearly won’t ever be satisfied till the current  Alawi government is not just partly, but is completely overthrown and replaced by an all Sunni one. 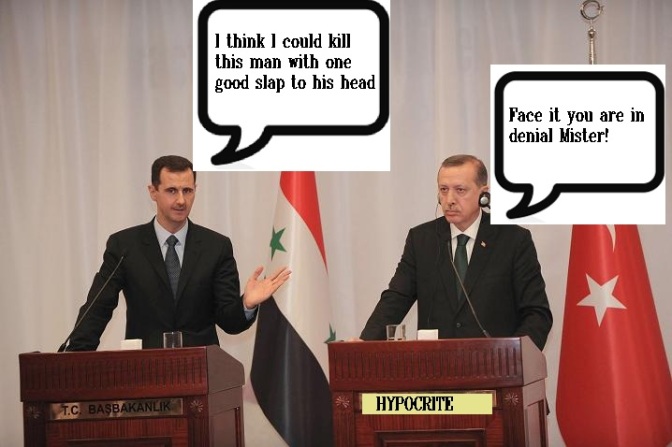