Did the Kurdish People Get Left Behind Again?

Below is an article is based on a warrior’s views,  a warrior’s astute intuition,  and a warrior’s keen sense of justice… (all AlanaKalanian warriors”s automatically obtain little superpowers when they begin their journey here)

Fellow warriors,  about 2 months ago President Trump’s sudden decision to leave Syria  naturally got a thumbs up, but then I said “hey wait” although the Syrian Kurdish forces gave the U.S forces a great advantage not only strategically, they had the U.S. forces back, but leaving there was no longer the reason Turkish government could not harm them.

The U.S. presence had done a decent job keeping the Turkish forces at bay.  Definitely a good moment for the US but I think leaving them no longer protected was a flub up.

It for me was a deja vu kind of moment when I heard.  Kind of embarrassing for the US because this was not the first time, we bounced, leaving Kurdish folks behind, and as a result, they were harmed.

The Kurdish Syrian democratic forces, stood with the American forces as well as the Syrian forces to help liberate 99% of Syrian territory that was once controlled by the terrorists.

The Kurds of different regions have many times been a strong ally on various occasions the US forces dropped down on the Middle East for one reason or another.

Did you know you know that 25% of Syria is occupied by Kurds?  Mostly living in the northern part of Syria, which coincidentally is occupied by Turkey .   Legally? Hmm As Turkey is infamous for their pretense claim “we are only there to help” as they slowly creep in till it turns out to be an all-out official illegal invasion on that country and Turkey is no longer helping, they are taking over…

Meanwhile, for those who had not known Syria’s Kurdish, Democratic forces were helping the US fight against ISIS.

Kurdish people, in general, have always appeared to be strong and proud people who seemed to take great honor in ridding their country of terror.

As I was never for the US is in Syria,  I see it as being in the middle of a Sunni battle for power, but since our forces went anyway I then wasn’t for them leaving so abruptly, putting the Kurdish population in that region in a compromising situation.

Unfortunately when the smoked cleared so did the U.S forces leaving behind some long, and loyal good friends…

At least this time…

The US president warns Turkey against bothering the Syrian Kurds.

Although is the best safeguard for the Kurdish people?

Trump warned Turkey that it would face economic devastation if it strikes at the Kurds when U.S. forces pull out of Syria and proposed the creation of a safe zone.

The problem is being here in the US he, the President really has no evidence the Turkish Government will abide his words,  in fact, considering past practice it strongly suggests otherwise. Turkish Government in many similar situations has successfully proved to be untrustworthy, unreliable and dishonest when being warned to do the right thing.

Need I remind my fellow warriors it was right after WWI when President Wilson warned Turkey to not strike against the Armenians any longer or the land was given back to Armenia in the early 1920s..

Not even 1 minute after the US forces boarded ships back to the US, Turkish armies under the command of “Ataturk”  their new-found father started aggressively attacking all the Armenian regions,  and stole the most of their lands from a people they had just committed a Genocide against a few years before, can you imagine how ruthless?  ..

Murdering over 1.5 million Armenians in 1915, not long after the Armenian Genocide, still weak, and struggling,  with no resources, or could they gather forces to protect their lands from Turkish attacks, the US President’s warnings had gone to deaf ears.   If we’re not for the fact Armenia made a deal with Russia for protection,  there would be no Armenia today.   Turkish armies went on to invade, pillage, rape, and slaughter their way through lands that were not theirs.   In the history books in Turkey, they dubbed these criminal acts the “Turkish War of Independence.”

So it is true the US president has warned Turkey’s president/dictator Erdogan and continues to warn him not to harm Syria’s Kurdish population,  knowing Erdogan, as well the Turkish government in general, they will now likely harm them even more, because not only can they be spiteful, they will feel like he is justified.

Oh and if anyone brings awareness in some way that they are harming them,  that person will undoubtedly be arrested, charged with “insulting Turkishness,” and give a sentence with an outrageous amount of time, like life.

None of this is a secret, the Turkish government could never be trusted.  They get away with their unjust actions, and no one ever holds them accountable.

Most likely Erdogen’s plan all the long,. As soon as they got wind of the US leaving they already began orchestrating.

The Turkish government and the Turkish Kurds have been battling it out for years.  Back in the 1920s when Turkey was created,  Ataturk, the new leader of Turkey who promised the Ottoman Kurds autonomy.  A portion of land they refer to as Kurdistan.  He later reneged on that offer, and they never received any land as a result.

The Turkish Kurds formed a group called the PKK to fight the Turkish forces and the government, but clashes, protests, and battles fought between them have taken the lives of thousands of innocent Turks and Kurds over the years. The extremist Turkish nationalists would disagree.  They would also argue the fact the PKK was formed mainly to protect Turkey’s Kurds who were being mistreated.  They would probably insist it was only the Turkish people who have suffered,  even though, there has been much bloodshed on both sides.

Gee, about the “Turkish nationalist”, a rare people, never met one who was not extreme, argumentative, and unable to support many of their claims with solid evidence.  As I think I have already written much about them,  I will just say in this post that the Turkish nationalist is a species science has yet been able to identify.

Their ideology, totally IMO of course,  a Turk is always the victim, and only innocent Turks have suffered…  Note that in some cases this is true, but for them, it is true for any being argued.

In their thinking,  attacking Syrian Kurds they are justified because in upstanding an extreme Turkish nationalist’s mentality, their philosophized view would be since the PKK as been killing the Turks, thus an eye for an eye sort of sense of equality for them.  Giving them some false sense of justification, which I might add they are quite good at feeling that way.

With the Kurdish help in Syria,  the US was able to expel almost all unwanted vermin there..

Turkey, though, is the last one that wants to hear how the Kurds have consistently helped NATO throughout many times in history over the years.

It is no secret the help the US has been given by Kurdish forces at various times in history.

How has the U.S reciprocated?  As we know Turkey has never given the Turkish Kurds what they have wanted and that was Kurdistan or a piece of it.

Let’s face it, Turkey’s government has never gotten along with their strongest minority, (Kurdish) although the Kurdish people have been able to achieve friendship with all other minorities in Turkey as well as the Turkish people in general.  The same is true in other countries.  Turks have not been so lucky.  Kurds of Turkey continue to fight for the land, equal rights, and basic human rights.

There has been so much blood has been shed trying to achieve it, IMO…

Now that the U.S is out of Syria, Turkey has taken a large piece, for that is what they do best, “take.”

Kurdish in my view are a resilient people who will survive.

It is time we are aware of who our true allies really are. 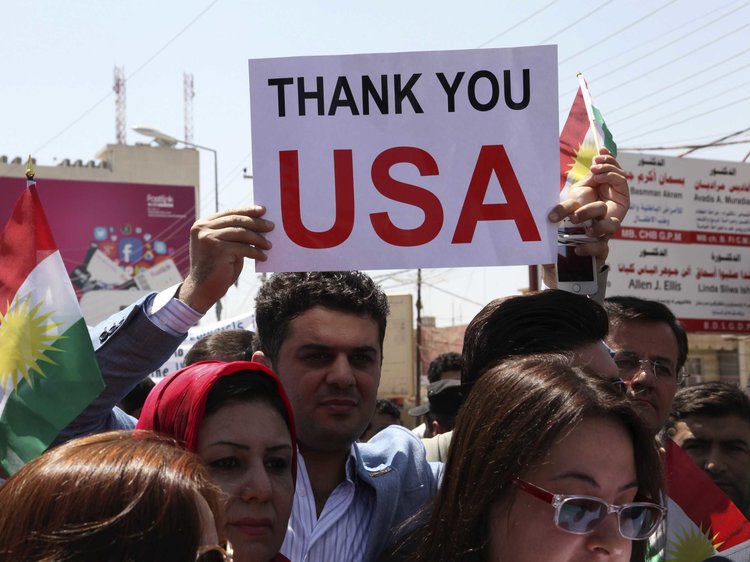 “Justice can be found on the land the people occupy legally, or rightfully deserve  calling it their own….” said AlanaKalanian

In the words of my very much still alive dad, “If the Turkish government is close by, hold on to your britches, cause they are gonna take them too!”

One thought on “Are the Kurdish People Still Being Left Behind?”