Nancy, back from her nervous breakdown oops I meant nervous shutdown.  Just Joshing…

Our strong and fierce congress is similar to Universal Studio in Orlando Fl.

So, Congress is back, which means congress no longer will have to bash without cash.   They are getting paid again, so they are going to “bash for cash”

Listen, I don’t know about anyone else but I voted for Senators and for Reps,  who said first thing they would do when they got to Washington DC if they couldn’t play nice and all get along with others was to jump out the window,  jump ship, or just sneak out the back door.  They did that well,  Best they put this under their list of accomplishments.

I had to go on Twitter and read their tweets if I wanted to know what they were up to..

I had other choices if I wanted to read the news, I could have settled for “fake news”  not sure what channel that is on, There was the young Turks, on youtube, bashing everything and the F word being dropped like it had nuclear properties..  I got the distinct impression they actually supported the shutdown. What else would one expect from Uygur a recently former denialist and Ana the abettor?  They make it clear they are against the 5 billion for the wall so, that means they support the run-out.

I guess they are not smart enough to have known again they inserted foot right in their mouths.

IMO Ana and Cenk will lead that entire gray wolf pack right out a window, and into the nearest cage where they would most likely gauge each other’s eyes out for food..

The one good thing is the IRS is still working.  The federal workers not getting paid who were dragged out with Congress, were they cool with that?  Kasparian, says they are not, as she exposed innocent workers to back up her claim while beforehand she showed a clip of Trump claiming they were ok with it because they supported having a wall.  Let’s hope no one gets fired just so Ana could prove a point.

“Like the captain of a ship congress is no different, when they are sinking they simply just drown”  said AlanaKalanian

I never talk about US politics, this is a rare moment.

In the words of my son’s amazing, Vietnamese nanny, “that not right” 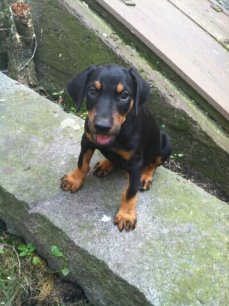 One thought on “Cenk Uygur and his Abettor, “Fake News””