In fact they are not hiding at all..

They murder hundreds, thousands, even millions of innocent people right out in open view for the world to witness.

The monstrous masterminds of the most heinous crimes committed against humanity like Genocides were able to carry out those crimes right out in the open because obviously the ones who were unwilling to take part in the killing  and wanted to stop it were considerably outnumbered by the ones who were willing to kill.

Turkey officially denies that the hundreds of Armenian mothers in 1915 who had to carry their baby, and console their thirsty, hungry, and sleep deprived children while being forced at gun point to walk miles to a desert, (where getting a drink of water depended on how thirsty the horses were that day) where you could starve or be shot in the back for daring to escape a Genocide.  Yet in Turkey there is a large amount of  Turkish people  with a distorted view that killing Armenians isn’t wrong..

The funny thing though about their view is in it, it only takes one Turk to be killed for them to see it as a genocide.

So, Turkey can also be a be said to be land paved with frauds with the word hypocrite tattooed on their forehead operating under a false pretense of a code of nationalistic honor. 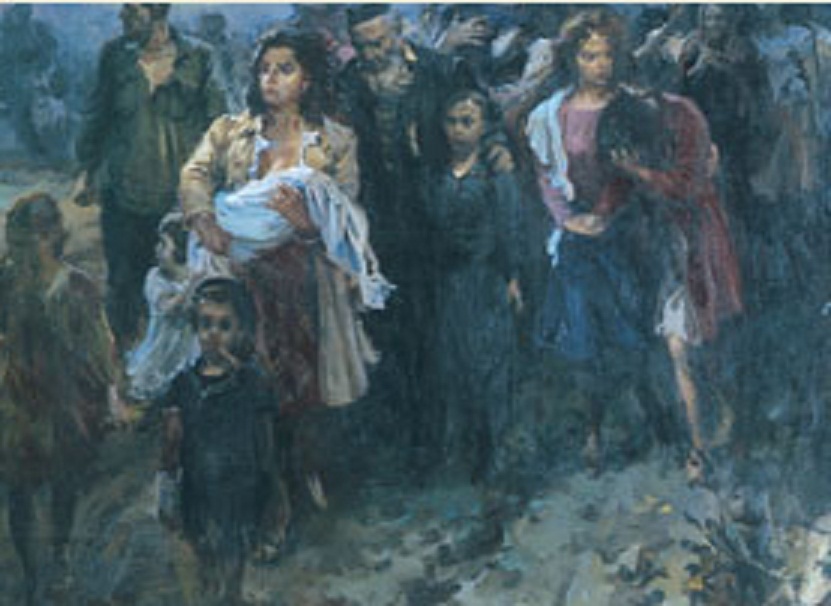 Not even Assad has done anything yet even remotely comparable to Talat pasha‘s crimes against Armenians but yet the same Turks condemn Assad’s and defend Talaat’s.

Those are the real monsters that don’t live under your bed..

Only a monster will try and justify that over 75%  of the Armenians death marched were the elderly, women and children..

When the Armenians were finally freed from Deir ez-Zor  only less than 20%  who been taken there still had pulses.

In the last act, it was  a court of law that determined the Turkish government‘s intent was to exterminate the Armenian population. So, despite Turkish denial,  all the pashas, and organizers of the Armenian Genocide was sentenced to death or life in prison.

One way or the other they all got their just desserts.

Even the morally bankrupt Turks who collectively supported talat pasha’s views, (views that only a nut like him thought were good enough reasons to get away with killing all the Armenians,) instead of protesting his acts. i think they paid dearly by being the “prime” example “that to be good at being a Turk” you must be a failure as a human.

Clearly “being good at being a Turk” should be not be confused with Turks who are good people.  Like specifically the Turks who acted individually and risked their own life to save an Armenian one.  Without knowing of their courage and compassion  we may have all been left with a very sour impression of all Turks in a humanitarian capacity.

How much has the modern Turkish views of Armenians changed in the course of almost a century.

Well I posted some opinions of Turks who fully accept what happen to Armenians as Genocide, some who somewhat believe.  The rest I couldn’t say for sure what they believe.

So you can decide for your self..

“I don’t expect friendly messages from an armenian. We generally have doubts about armenians. In my childhood it was more precise, which I believe ASALA crimes played major role. The approach is beter today. We often see our armenian citizens on TVs, news. They can express their opinions, problems, demands more often. An insult to them often being protested by many people. These are good improvements. I believe different cultures, beliefs are asset for a country.

For me, I have no hostility or hate towards armenians in Turkey (and armenians in general). I believe in good/bad person, not good/bad people as a whole. But generally I have difficulty in communicating with Armenians. I see “genocide claims” as a barrier between two people. Acceptance of genocide is being put as prerequisite for relations. Even I write politely and respectfully, I am often being insulted because of refusing. I always see armenians and turks insulting each other instead of discussing. I don’t like this scene. Something must be done to stop this.   Olcay from Ankara

About a few years ago I could say that I wasn’t very fond of Armenians since Armenians doesn’t really love Turks either and of course because of our historical grievances. Not to mention Armenia sees Eastern Turkey as Western Armenia and that pose a constant threat for my country so it doesn’t make anything easier as well..

But after spending some time with them or in debates via internet and all, I started to like and trust them. And while it won’t apply to every Armenian I met, they are smart and fun people and it is enjoyable to talk with an Armenian.

Putting aside religion and our historical grievances, I don’t see much difference between our people and I find our hatred to each other a bit of dull. So I would prefer if the both nations put the past aside and try to grow peaceful/friendly relationships between each other, like a kyosha we can only move forwards in life.. Dogac (Ismir)

Turks caused pain to Armenians in the past, I recognize the AG and was also a part of the personal apologize campaign that started years ago ‘Ermenilerden Özür Diliyorum’. Kürşat (Ankara)

Whatever Armenians feel about me, I feels twice of it.. Gamze (İzmir)

The world would be a better place without Armenians.. Alper (İstanbul)

I am neutral, it would be wrong to have a generalizing opinion on a whole nation.. Birtan (Ankara)

Beside you I only have one other Armenian friend.  I recognize the Armenian Genocide.

Except for the share of Armenian racists I have run into who have made me feel they just hate me for being a Turk, I do like everyone I meet.. Güneş (Istanbul)

I am reminded of the time when I met an elderly Armenian gentleman. Overhearing  a conversation I was having about the Armenian Genocide he misunderstood and thought I was denying it happened.  As soon as I reassured him I did recognize he began hugging me like as if I handed him a gold watch.    Baris

For  Alper who feels “The world would be a better place without Armenians..” in his mentality that would be a good enough reason for him to justify killing them.  And he’d be followed  by at least 40 thousand Turks agreeing unconditionally the Armenians he killed deserved it.” 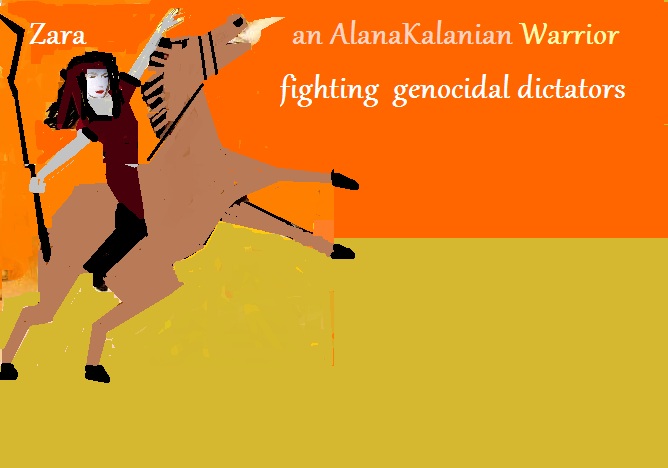 3 thoughts on “The real “monsters” are not hiding under your bed ..”