Once upon a time lived a princess named Daliya who was given a lovely kingdom that was filled with many valuable resources for her to squander. .. The princess was said to be one of the most beautiful women within a thousand-mile radius, and just as charming. With having 2 such wonderful gifts the Princess was convinced any man would do anything she asked.  Well, one in just seeing receiving an entire Kingdom pretty much proves she isn’t kidding…

Her new kingdom had everything a Princess could ever ask for.  It only had one incy-wincy problem, it had no armies, no guards, and no protectors for the Princess to feel safe.  She had no knowledge of how to build an army either. Her Kingdom was totally vulnerable to an attack.  This saddened the Princess. The Princess unable to resolve her problem looking within her Kingdom for the solution, went outside of her Kingdom to find one. Tigris known throughout the land for having great courage, and leading the Armenian army to many victories to Dalyia was very appealing. Sending out one of her servants to Ani, with a message summoning Tigris to come to her kingdom, informing him that she and as well as her kingdom were in grave danger. Tigris was not familiar with her Kingdom and was unsure if he should risk going on such a long journey that would keep him away from his own Kingdom for many days.  But the desperation he found in her words weighed heavily on his conscience.

Tigris was a very special mortal in the eyes of the Gods.  As a token of their appreciation for all his good deeds, he was given a magical key to the Kingdom of Kalanian.

The  “Key” opened a door only Tigris had been given sight to see. The door opened to a passageway to the kingdom of Kalanian.

Tigris was so grateful to the Gods for that key he thanked them every night right before he went to sleep.

Tigris had no interest in the Princess’s wealth. He made that clear right off. It was only when she offered him the kingdom to rule that she got his attention. Since his only interest was what was in the best interest of her kingdom she thought, he could run the country as well as protect it and she could lay in her pool all day.

He agreed to build her army as well as taking over the Kingdom, and just in the niche of time.

The kingdom suffered many attacks in the following months. But the army that Tigris built proved to be very worthy, and loyal. And Tigris was liked so much that often the people in the kingdom would toss flowers to him as he passed them by.

AlanaKalanian has premonitions -Tigris is in danger..

Alana felt like a force was pulling her to go there.

So she did just that,  In the sky for many hours, AlanaKalanian only landed once so Ara (her trusted flying horse) could rest.

AlanaKalanian felt a huge relief when she saw Princess Daliyah’s kingdom beneath her.

There was this thick fog and she was heading right for it.  Ekk “cough” cough” Oh no, this is not fogged up it is smoke she said.  The village below was on fire. 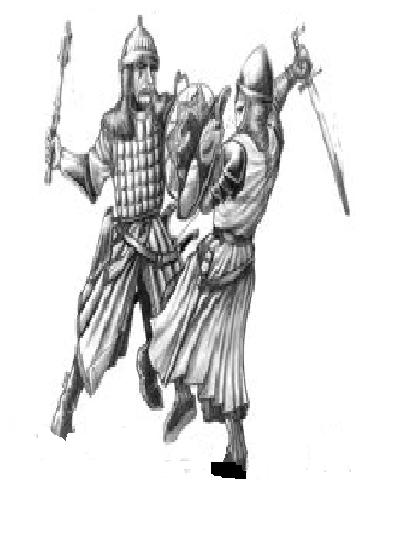 Beyond the smoke, she could see Tigris’s army in a raging battle,

Of course, she landed right in the midst of that battle.  Swinging her mighty blade.

She began to wonder seeing all the dead around her if Tigris had been one of them. Tigris was just too good a soldier to be killed this early in the battle she told herself.

Tigris’s 1st lieutenant kind of fought his way close to her.  She asked him if Tigris was here fighting as well  He told her no.  He was able to tell her the rest of his army was on the western edge of the kingdom holding back a vicious, and bloodthirsty army of nomads from invasion so he thought Tigris may be there.

A Kingdom under siege…

AlanaKalanian was fighting hard hoping she could soon withdraw to continue her search for Tigris.

What she really hoped is her warriors, sensed she needed them,  and were already on their way.

It is at least a 15-hour journey by air she remained hopeful she could endure till they arrived.

But it was just 12 hours later when the warriors came, attacking like a hive of angry bees.

The most experienced archers like TamarKalanian hid in the clouds and hit her prey swiftly. 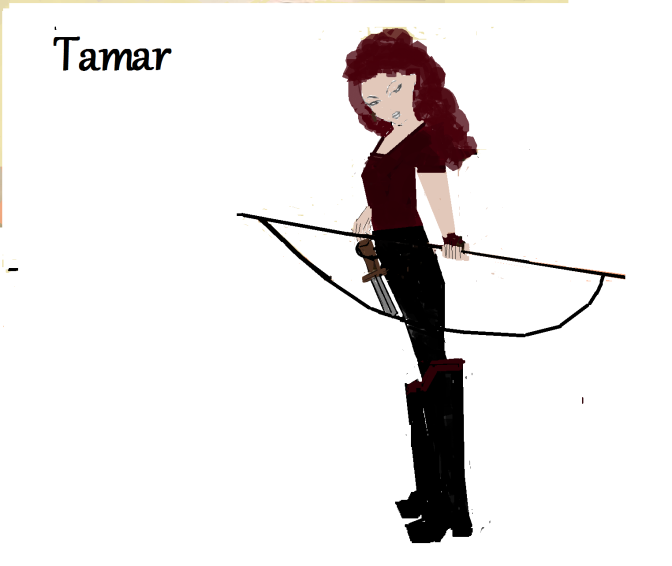 AlanaKalanian flew off to the Napolizi’s camp to wipe and scare off the reinforcements that are being shipped by sea by the hundreds. The strategy the Archers used was shooting off up to 12 arrows at a time with their high-powered bows from high above their targets.  Continuously, with rapid speed keeping the sky filled with falling arrows at all times.

It wasn’t long before what was left of the Napoli a small, fearful army was running away.

Both armies withdrew shortly after  AlanaKalanian, warriors entered the battles.

While Alana and her warriors were searching the Kingdom’s capital city high and low for Tigris they stumbled onto a Palace. Assuming it belonged to princess Daliya, they crashed the gates and did what they had to get in.   Something was dreadfully wrong Alana thought when she found the Palace had completely been deserted.  She and her warriors were sensing they were missing something.  Something right under their nose they had not seen.  The warriors while checking walls for hidden levers to pull, and under rugs for buttons push, found them self a trap door in the floor,

Alana and 5 of her warriors grabbed lit torches from the walls and one by one climbed down the ladder they found under the door when they opened it,  While all the rest of the warriors kept watched throughout the city.

Alana and her warriors followed a narrow corridor that connected to several rooms that all led to dead ends except the one with a locked door, Lea kicked it in to get to all the people hiding behind it.  The room, crammed with people who identified themselves as staff, servants, maids, who worked in the palace and friends, or family members of the princess who were living in the palace with her. Alana noted one, not so eager to divulge her identity.

Hesitating to answer at first, she cleared her throat she told Alanakalanian that enemy soldiers stormed the palace and had taken her hostage. She was bound and gagged and dragged by her hair right out the front doors of the palace.  Someone in the palace was able to get word of this to Tigris in time for him to just make it to the palace before God knows what they would have done to her if the were able to flee the palace with her.  Tigris told the men who were holding her his name, he asked for the Princess’s life in exchange for his life.  Tigris reputation had by far succeeded any chance his life would be an even trade for hers, His captives even knew they got magic beans,

AlanaKalanian and her warriors assured those in hiding it was absolutely safe to leave that room. Only the Princess was asked to remain behind.

Princess needed to lead her people now that Tigris was no longer there to do it.   The princess flat out refused,  She claimed she still had not recovered from her ordeal…

AlanaKalanian was terribly disappointed in the Princess. Alana insisted she must gather her courage now that her people need her most.  “My people??” the Princess snapped.   Reminding AlanaKalanian ” how her people”  only became “her people”, recently. So she owed them nothing. Alana, having nothing more to say to, turns and walks away.

AlanaKalanian, called out to all the citizens of the kingdom,  to come to the meeting place in the center of the city.  She, speaking on behalf of the princess, reassured the people that her warriors, herself, and the Kingdom’s brave army would work together to protect their Kingdom.

She spoke about what happened to Tigris,  and described his actions as heroic, Alana vowed to bring their leader back home to them unharmed…   She asked them to simply believe.  Believe in Tigris safe return, believe in your brave army, believe in each other, believe in yourselves.  “Believe for you are all courageous,” she shouted.

She and her warriors continued looking for clues,.  In the days that followed,, Kaci scouts (birds with special powers only found in the village of AlaaKalanian) were sent into the Napolizi, Persha, Ayyria,, and all the Mongol empires.

AlanaKalanian in the meantime ruled over, and defended what she said would one day be known as the Kingdom of Tigris.